Every component in TARGET 3001! consists of a Schematic symbol for use in the schematic and a Package (= soldering footprint) for use in the layout. During part creation, in the act of saving the part, the package needs to be chosen as a proposal. One could later deviate from this package proposal and use a different package. 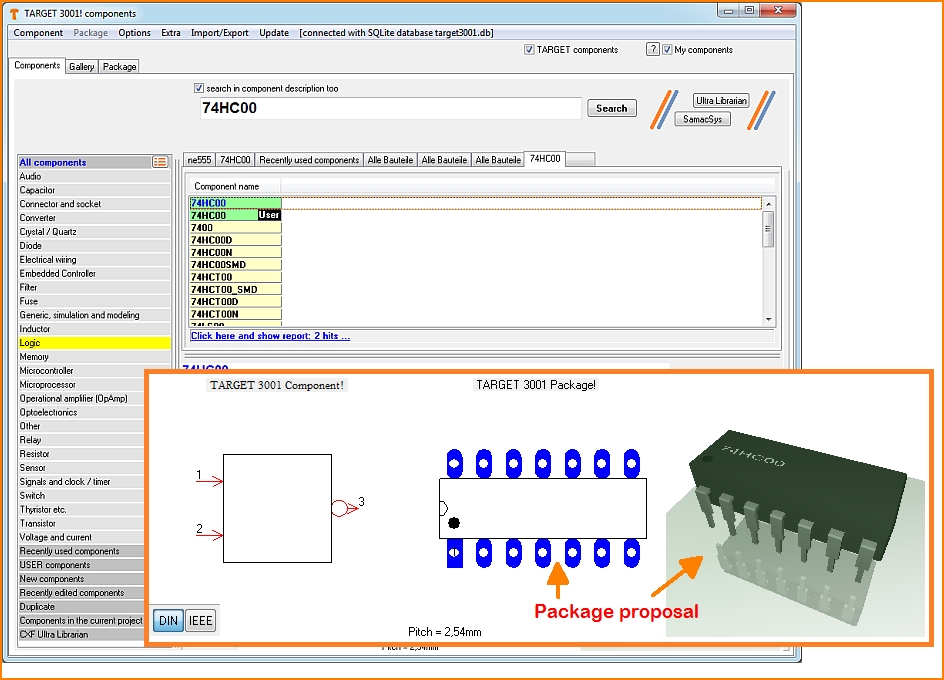 Image: The component browser: The illustration of a component with symbol, package proposal (arrow) and a 3D image


Use the proposed package

If you select a component and place the symbol in the schematic, its package proposal is put into the list of package proposals, caption: "Import package for". Later in the layout, you would successively place the proposed packages. 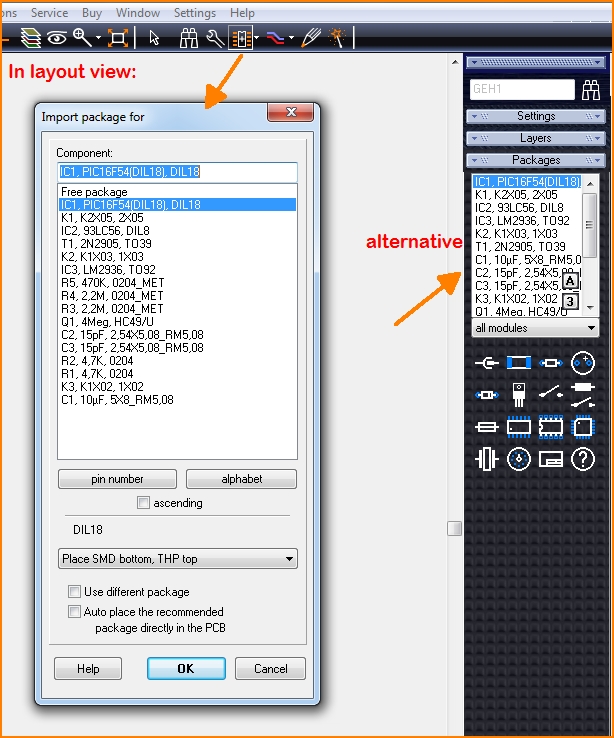 Image: Where to find the list of package proposals in the layout

As soon as a packe will be placed to the layout, it vanishes from the list: From the central list import packages by highlighting and "OK", from the sidebar (to the right) by drag and drop.

You can deviate from the package propsal before placing it to the layout by checking "Use different package".

Image: The list of package proposals. Click on OK opens the package browser allowing to use a different package.

If you have already placed the proposed package in the layout, delete it again with [Delete]. This makes it slide back to the package list. Now again highlight it and act like above to select an alternative package. Make sure that a pin and its pad have an identical cipher. Bring it into the layout and connect it. Done.

Of course at any time you can place a "free package" to the layout, which has no partner symbol in the schematic.

The data base package proposal of a part is changed by right-clicking on the part name in the component browser: 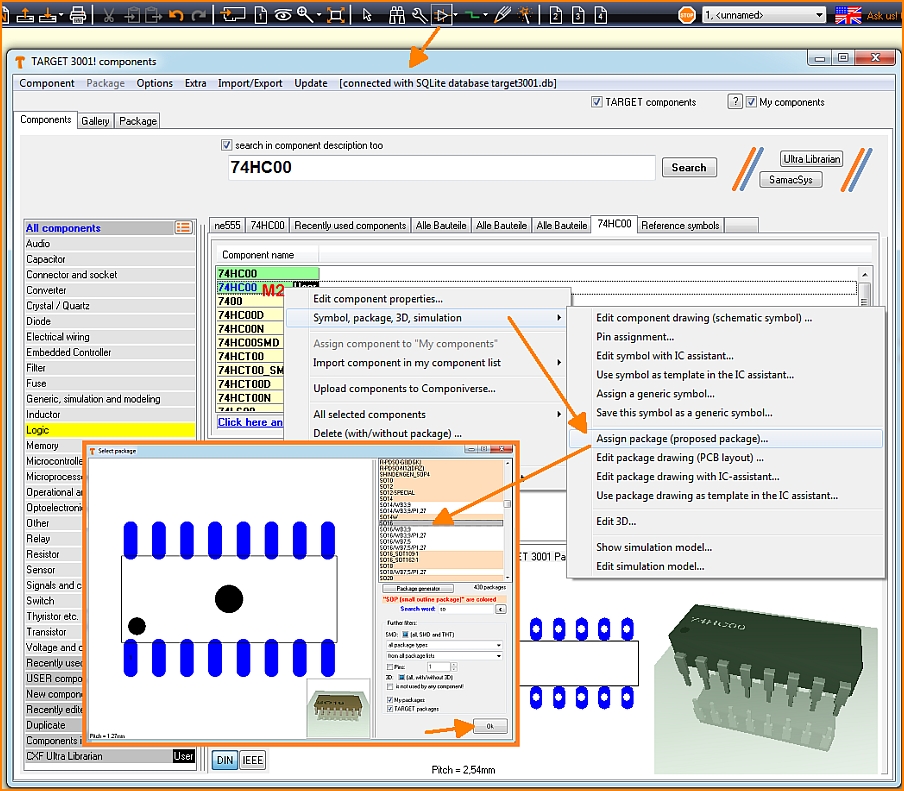 
However, this is possible only with USER components. An original TARGET component must first be copied in order to make it a USER component. Immediately the package browser opens and you select the desired package. This is how it becomes the new package proposal for this component.

The package proposal which is assigned to a certain symbol can be changed by importing the symbol to a schematic, highlight it completely by a Capture Window. Hover the mouse to the desired position of the Handle cross (you may use the old position), press [y] for fixing the handle cross and then press [x] for exporting the component to a library (= save it). During the process of saving you are asked which package proposal you want to assign to the symbol. This is the time for choosing a package from a library.

Here too you might eschange the package proposal. If your new package proposal is stored in a different package library (*.PCK3001) click M1 on the entry of the list to the right beside PROPOSED_PACKAGE_LIB (=the library currently used). Now select the desired library from the flashing list. Afterwards klick M1 upon the list entry below. A list of packages from the selected library opens. Select the desired package as a proposal. While you hover the mouse over the different alternatives you will see a preview in the box beside: 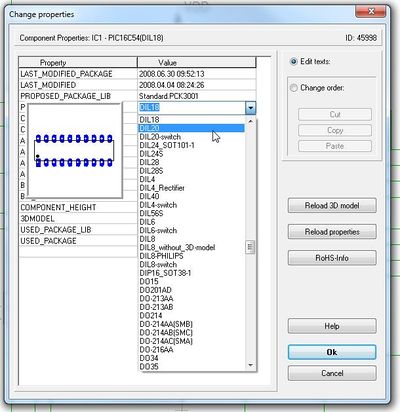