What is a multilayer?


See the sketch of a 16 times multilayer showing the principle of a through hole, a blind and a buried via: 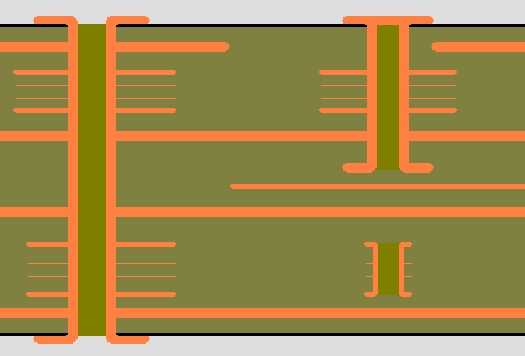 In TARGET 3001! you can easily set a four or sixfold multilayer configuration by pressing one of the default buttons in the layer tool: 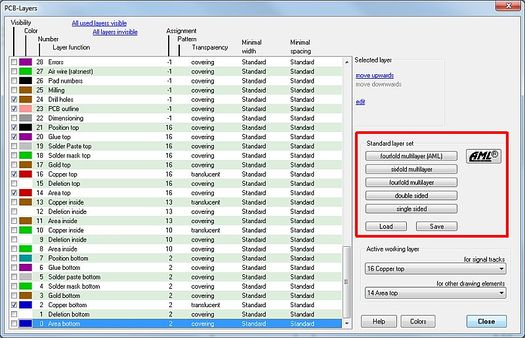 You also can set it by hand: for a fourfold multilayer in TARGET 3001! set the function of layers 10 and 13 from "Other" to "Copper inside". If you need more layers, please set further layer functions to "Copper inside". You can rearrange the whole set of layers, if needed. Do the following: 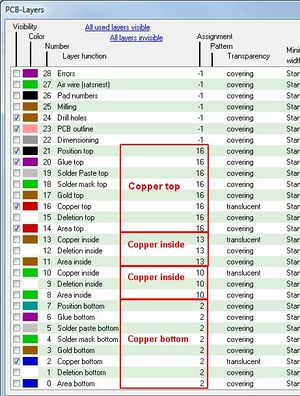 Further inner layers can be created the same way. Take care to establish a layer with function "Copper inside", "Area inside" and "Deletion inside". Those three layers need to be assigned to the number of the "Copper inside" layer. It is because a ground (or any other electric potential) -plane which shall appear on this copper layer needs an area which is defined on the area layer. The same with the deletions which represent the auras = spacings of the tracks to the plane. They are put to the deletion layer. Now both layers need to be assigned to the copper layer number they are meant for. This is the sense of the "Assignment".

How to cope with vias, blind and buried

If you wish to use blind vias (expensive) and buried vias (more expensive), you must define Padstacks in Menu Actions / "Define Vias as PadStacks". Now you are able to create those special vias on layer 101 ff. On Layer 100 those vias are defined, which contact all copper layers, e.g. a galvanized drill which is technically the same like a galvanized via.

If you press key [.] in "Draw track" mode (as if to set a normal via) and then key [o] for "Options" then configurate several vias in the "Via-Options"dialog on to the buttons on the right edge of the dialog. Use button "PadStacks". Those buttons later appear also beneath the layer tool for a quick selection while placing tracks.

In 3D view you easily can see the separate tracks upon separate layers (though it's a bit difficult to figure it out in this 2D screenshot): 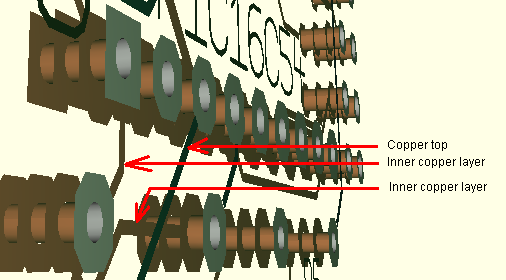 This TARGET 3001! project has a multilayer configuration: Pic_4Multilayer.T3001