You can reach this mode...
by key [u],
by "Measure and dimensioning" in Menu Actions
or by the tool


For a quick information the little info box might be sufficient. It is fixed to the cursor as soon as you press the [u]-key for measuring: 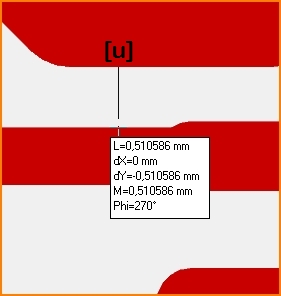 Image: Infobox at "measure". The mouse pointer was moved after pressing the [u] key from the red border in the north over the white to the south to the opposite red border. The black line shows the distance.

The status line shows the x- and y-portions of the distance (dx and dy), the distance itself (L) and the Manhattan-length (M=dx+dy). When drawing tracks also see the signal length (S). You might switch off the grid for a short time with [F6] to measure very exactly.


Add a dimensioning by pressing... 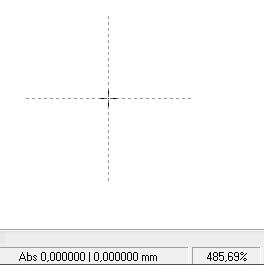 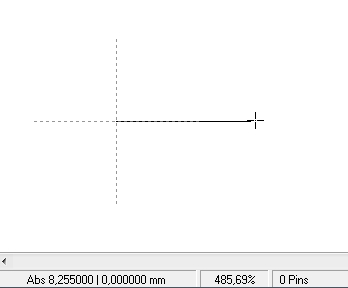 ...and a mouseclick M1 at the end of a distance. 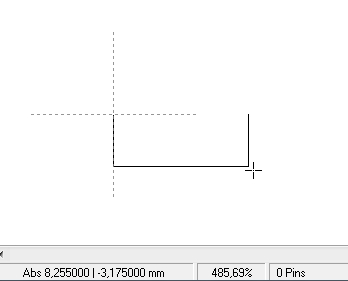 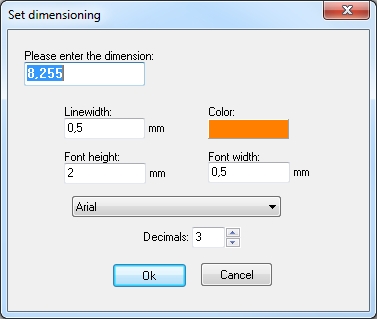 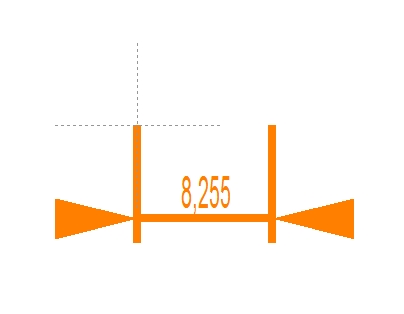 ...and see the digits of the dimensioning on your layout or schematic.

If you enter a different value to the measure dialog box than the one given, e.g. 4.00m instead of 8.255mm, the value is marked by an underscore. This is to indicate that the figure shown is not the one measured by scale but a different figure, entered following the idea of the layouter. 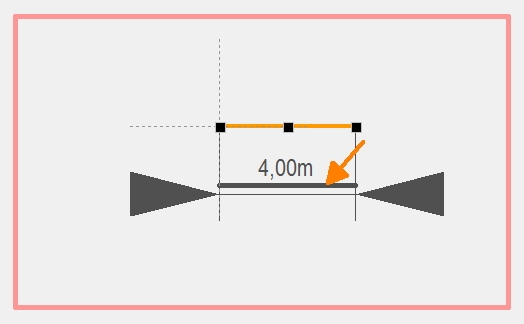 Image: The value entered does not represent the real length of the line but a individual value chosen by the designer. indicated by underscore.

Finding coordinates that are not on the grid

To be able to measure things that are not on the grid, use the [+] key to find these points. Look here.


Dimensioning the drills of the complete layout 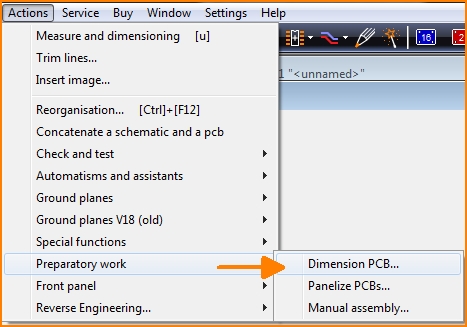 Find it in menu "Actions" on the bottom of the list.

First you get asked from which diameter the dimensioning shall be displayed. Here we want to have all dimensions from drills bigger than 1.3 mm (included) 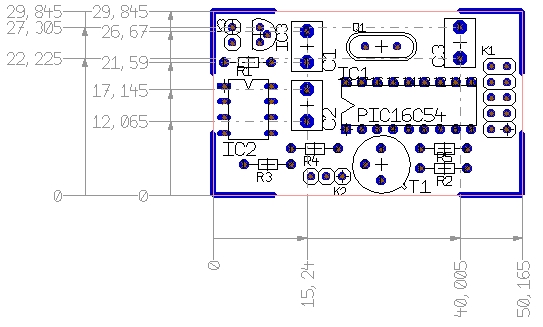 That is how it comes out. The digits can be edited like any text.

Use the function "Measure and dimensioning" from menu "Actions". In the status bar you can read "Measure from...". Hover the mouse close to the starting point but you don't click. Instead you press keyboard key [+] Now you can choose from significant points nearby by the use of the keyboard keys "up" and "down" in order to determine the desired snap point. The cursor follows. Press key "Return" for OK.

In respect to the target coordinate you do exactly the same: move the mouse close to the measuring target. No click! Press key [+], select the point of interest using the arrow keys and press [Return]. Now you only need to decide where to put the measuring arrow (an element of technical drawing). Done.