In respect to automized placement there are two assistants which can be activated in Layout Menu Actions:

The autoplacer calculates immediately the shortest distance of signal tracks between the packages during the placement. A PCB-outline must be defined before launching the autoplacer. TARGET 3001! opens the layout view already showing a default outline which you can edit. The Autoplacer places packages being predefined by the schematic symbols as their corresponding package proposal. If you want to autoplace a different package, you have to change the entry in the property list of the schematic symbol (double click on its handle cross and press button "Properties" in the flashing dialog).

A resonable placement of parts is a must for every layout unless you like to create layouts having only limited extent. First focus on the question which kinds of parts need to be placed. We recommend first to place the following parts manually prior to starting the autoplacer:

Now start the autoplacer in order to let it do the rest of the work. A board showing a disadvantageous component allocation is difficult to route and even might be restricted in it's functionality. 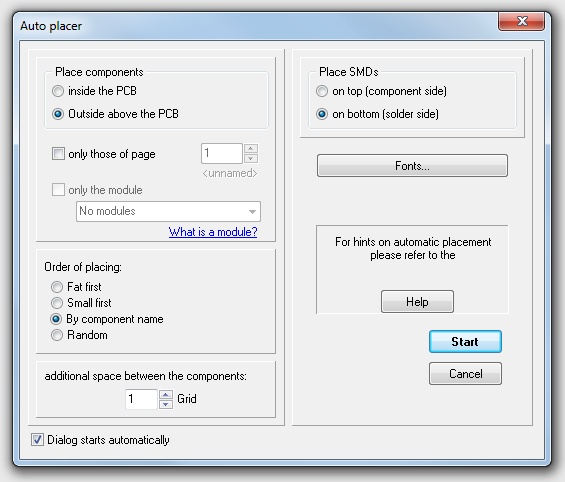 You can activate it alternatively:

Image: While in the Import package for dialog tick the box in the last line to start the Auto placer.

Contents of the dialog 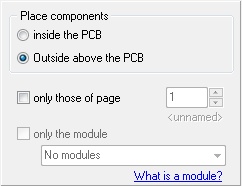 You can autoplace certain classes of components e.g. only those of schematic page 1 or only those which belong to a certain module.

The order of placing

Image: The Order of placing section

Additional space between the components

Normally any component (wired or SMD) comes in from the library for mounting upon the assembly side of the PCB (layer 16, Copper top, respectively layer 21, Position top). When autoplacing SMD device, you can define their destination here. 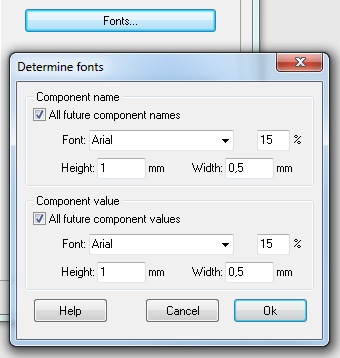 Image: The Fonts... button refers to the fonts of Component name and -value 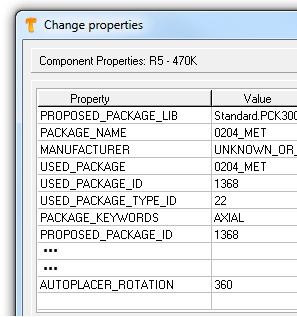 Image: Double click M2 on the handle cross of the symbol in the schematic and click on the button "Properties" to open this dialog.