You can reach this mode...
with "Symbol Swap" in Menu Actions or
with the tool

What you can do... Click the two handles of the symbols subsequently with M1. Both symbols must have the same swap number different to zero. In the schematic only the pin numbers are exchanged, therefore the pin names have to be identical. In the PCB the connected tracks are dragged along like rubber tracks. Caution: Short cuts are possible.

The two symbols may also belong to different components.

A "gate" in this respect are at first the gates of a digital IC but also the individual amplifiers in a Multiple-OpAmp or the resistors in an resistor network with several identical resistors.

allow an exchange of two identical symbols of a component for easier routing. Afterwards click on both of the component's symbols, you wish to exchange. If the symbols are not identically or the exchange number mismatches, the exchange will not be executed.

The names and pin numbers in the schematic view will be exchanged, therefore the pin name must match. Tracks on the PCB already connected, will be moved to the new pins. Attention: short cuts can be created!

The result of the symbol exchange and the density of the layout is shown with the display of air wires (ratsnest) between the packages. After the symbol-exchange, the ratsnest is updated immediately. Symbol Exchange, Gate Exchange 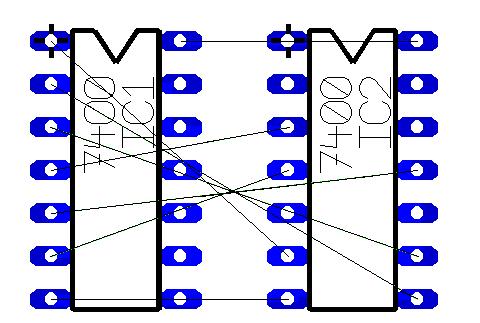 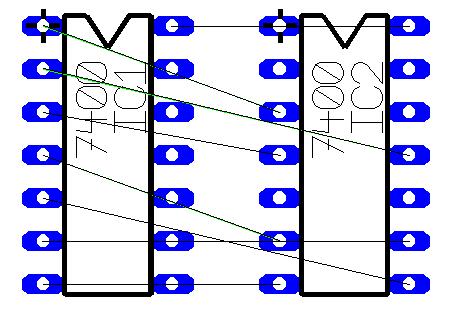