Every schematic symbol in TARGET 3001! has a package proposal. The word package in TARGET 3001! stands for "footprints" or more precisely: solderable "landmarks". If you want to start with the package import you may use the autoplacer which brings all packages automatically in or beside your layout. If you want to import the packages by hand, see red arrow, a list of all package proposals appears in the sidebar according to the symbols used in the schematic. Drag and drop from this list to the layout each of the packages you'd like to import: 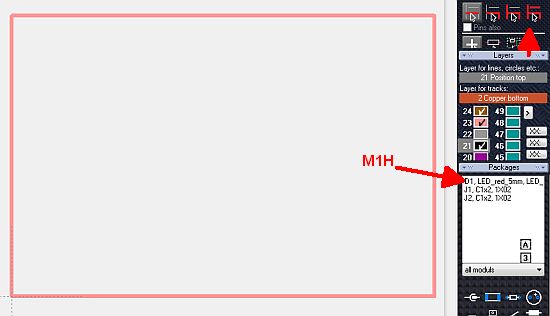 Now it's shape is fixed to the cursor and allows rotation by M2,... 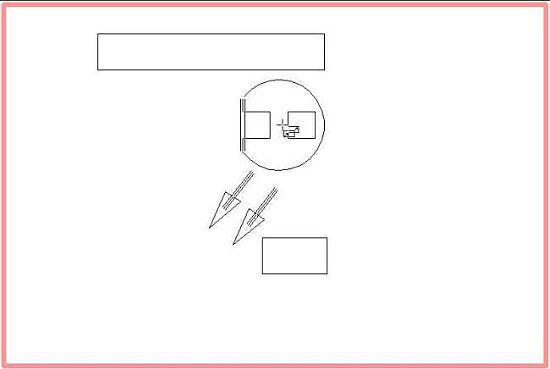 ...before it is placed by releasing mousekey M1. Now we touch connector J1 from the sidebar list in the same way

Again it is fixed to the cursor ready for placement. At the same time an air wire shows the electrical connection. After placement of the connector we see the air wire in green and the pads in blue. 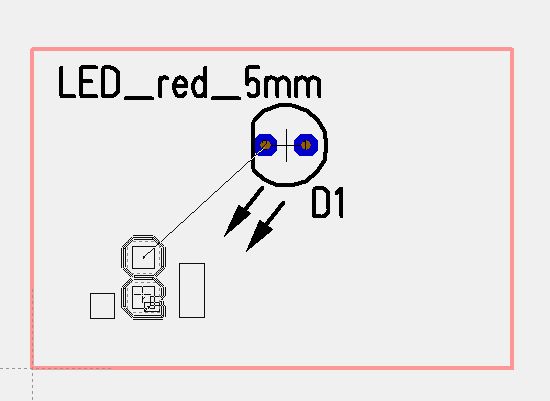 Again the list opens, we select the second connector J2 and place it. 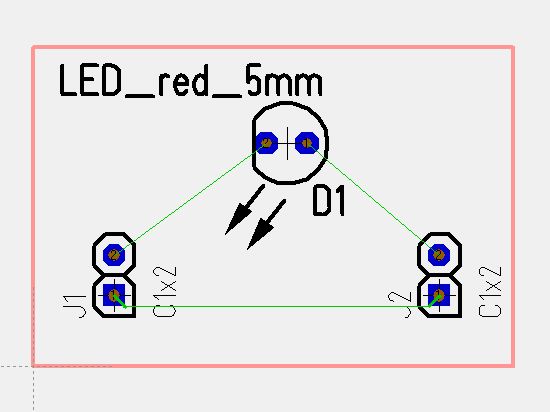 The airwires are no tracks yet. Those must be drawn separately. Do so by hand or by the use of one of the TARGET 3001! autorouters, see the next step...


Next step
One step back

Back to the overview